Dr. Austin takes pride in working with athletes of all ages.

Dr. Todd was even the Official Team Chiropractor & Head Team Trainer for the 2012 MSFL (Mid-States Football League) Northeastern Division Champion Springfield Foxes semi-pro football team. Those 2012 Foxes were also Conference Champs and League Runner-ups out of an 18 team league at the time. Dr. Todd served in both capacities with the team from July of 2011 through September of 2015.

Dr. Austin specializes in taking care of entire families as well as athletes of all ages.

As a Chiropractic Physician, Dr. Austin’s job is to be a biomechanical specialist for the human frame. Just as your mechanic checks the proper alignment of your vehicle, Dr. Todd’s goal is to make sure that your entire skeletal system (both spine and extremities) are aligned and functioning optimally!

Dr. Austin uses mainly diversified and Thompson spinal adjusting techniques, as well as the Activator technique. While some Chiropractors limit their scope of practice solely to the spine, Dr. Austin also specializes in extremity adjusting. 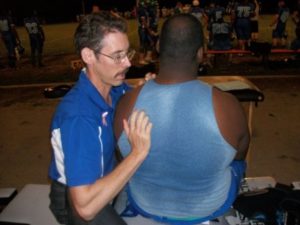 In fact, Dr. Austin routinely adjusts shoulders, elbows, wrists (carpal bones), feet, ankles, knees, ribs and even ears with great results. Actually, over half of Dr. Todd’s patients on any given day receive multiple extremity adjustments along with their spinal adjustment.
Dr. Austin prides himself on being extremely proficient at extremity adjusting, a skill in which some Chiropractors may be lacking. 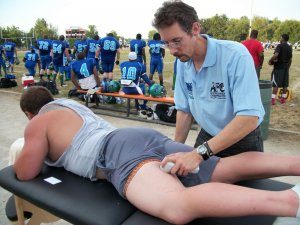 Dr. Austin is fond of using his clinic’s many low-level laser therapy (LLLT) devices for the treatment of sports injuries as well. Cold laser therapy helps to drastically speed up the healing process, increase range of motion and reduce swelling, edema & inflammation! 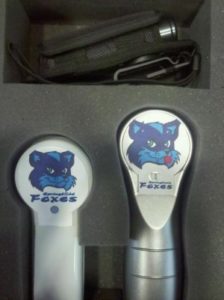 3 of the cold lasers that Dr. Todd used to utilize on the Foxes sidelines.

He makes use of these and several other laser units at Austin Family Chiropractic. 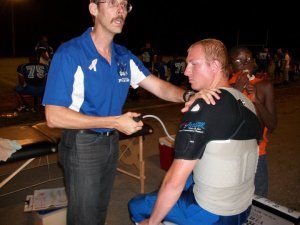 Dr. Austin also performed double duty on the sidelines from 2011 through 2015 seasons, as not only the team Chiropractic Physician for the Springfield Foxes, but also as one of two team trainers performing icing, stretching and taping as well. 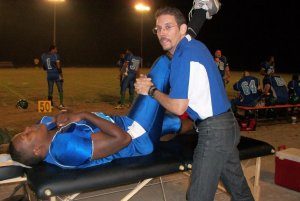